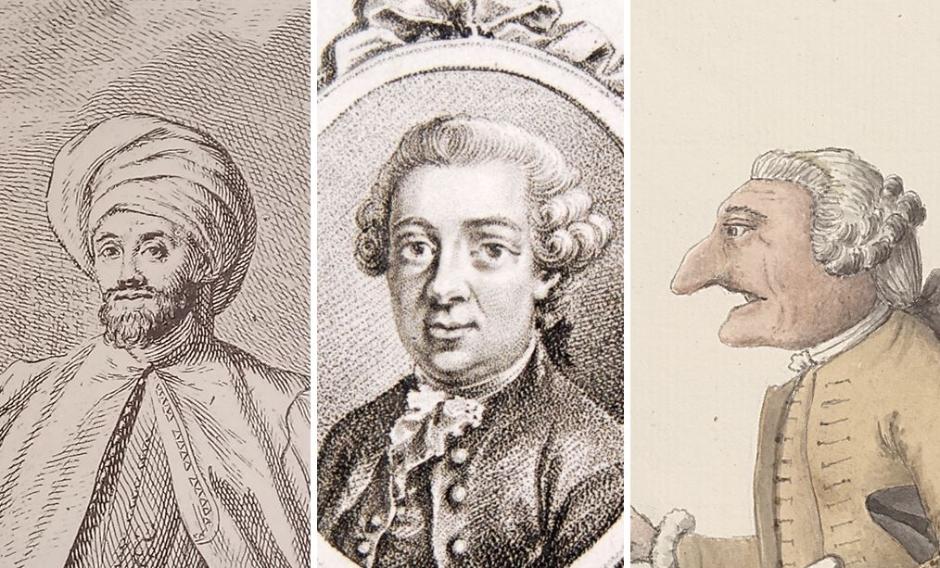 Today the Swedish Academy is chiefly recognized for appointing the Nobel prize laureate in literature. Since its beginning in 1786 the Academy has also struck a medal each year commemorating some renowned Swede. In 1923 Peter Forsskål (1732–1763) was honoured this way and his biographer, literary historian Henrik Schück, noted that:

there are probably not many scholars who have had more multifaceted scientific talents, and these talents were in him combined with an originality and an energy that without doubt would have accomplished great achievements, had he stayed alive. He was a philosopher, orientalist, zoologist and botanist, alongside he had a passion for social justice, and he was one of those who most strongly advocated the freedom of the press, which we finally acquired in 1766.

Although Forsskål never lived to experience his thirty-second birthday he made an imprint on several fields. In today’s Sweden he is probably best known for his struggle for extended civil liberties, but the fact that already before the middle of the nineteenth century 57 animal species had been given generic names after him bears testimony to his prominence also within the natural sciences.

By the end of the 1750s Forsskål was well on his way of pursuing a successful academic career. He had studied botany for Carl Linnaeus in Uppsala, and thanks to a generous scholarship he had had the opportunity to study in Goettingen under the philologist Johann David Michaelis. Forsskål wrote a dissertation, Dubia de principiis philosophiae recentioris, “Doubts Concerning the Principles of Modern Philosophy”, which earned him some attention among German scholars. After returning to Uppsala he became assistant professor of Economics.

It was at this point, early in 1759, that he inscribed himself as a pioneer in the struggle for equal civil rights to all people, so momentous for the century that followed. This was during the so called Age of Liberty (1718–1772) when Sweden had a republican form of government in all but name. Swedish politicians braced themselves for enjoying the freest and most perfect constitution there ever was – “as had it been written by angels”. Compared to other regimes of an absolute nature it was a moderate polity, but there was nevertheless room for improvements, not least in the field of civil liberties. Forsskål had written a thesis De libertate civile, “Thoughts on Civil Liberty”, but it violated the university regulations to discuss contemporary domestic politics and the publication was prohibited.

Forsskål took this as a matter of principle and decided to print and disseminate the text at his own expense. The result was a six page pamphlet containing 20 short paragraphs where he elaborated on what he considered to be the true Swedish liberties. Even though the text had been scrutinized by the regular censor and, in effect, contained nothing revolutionary it caused displeasure among those in power. It was as if some wretched citizen in a twentieth-century Democratic People’s Republic had urged people to actually enjoy the social rights and liberties formally guaranteed by the constitution.

Forsskål became subject to an extra-judicial interrogation, but his accusers soon found themselves in an awkward situation. The normal procedure was that an accused person yielded to the pressure and begged for pardon, which was then granted after an appropriate reprimand. Forsskål, however, refused to admit to having done anything wrong. He had only defended the civil liberties of Sweden and what he found to be the natural rights of man.

Authoritarian as it might have been, Sweden was no dictatorship. After lengthy and futile questionings the authorities found no other solution than to let Forsskål go – unpunished. They were afraid that he would become a public martyr. An order was issued to confiscate his pamphlet, but only a few copies were found. The Faculty at Uppsala University was indeed instructed to give Forsskål a warning, but when he disputed even this unwarranted measure the authorities found it safest to discontinue all further action in the matter.

Political control was exercised through a good deal of restraint and self-censorship among ordinary citizens, but trough his conduct Forsskål had demonstrated that the emperor was in fact naked, and his case became a milestone in the growing demands for proper freedom of expression. Six years later, in 1766, the first Swedish Freedom of Print Act was issued, but Forsskål never lived to experience this.

Forsskål probably planned to bring his case to the highest instance, the Diet, but when it assembled the next time, in October 1760, he was already in Copenhagen preparing what proved to be his biggest and last adventure: the Royal Danish Arabia Expedition. The purpose of the expedition was to make scientific investigations of the stories of the Bible. Thanks to the recommendation of Michaelis, his old teacher, Forsskål was enrolled as a specialist on botany as well as oriental languages.

The ambitious expedition turned disastrous in many ways, largely due to distrust and controversies among the participants. The feverish climate also took its toll and five of the expedition’s six members perished within three years, among them Forsskål.

The sole survivor, Carsten Niebuhr, took care of Forsskål’s notes and diaries, some 1 800 pages with descriptions from the three realms of nature. Much of this was published posthumously. Flora aegyptiaco-arabica (1775) is a systematic account stretching over 394 pages, whereas Icones rerum naturalium (1776) describes 20 plants and 88 animal species and is famous for its lavish illustrations. The most important title is Descriptiones animalium (1775), comprising 641 species divided into descripta, formerly unstudied orders, and nominata, familiar groups supplemented with localities etc. To this was added a pharmacopeia. The value of the book was increased by the application of contemporary Arabic nomenclature, yet another of Forsskål’s many knowledge areas.

Today there is a growing interest in the legacy of Peter Forsskål, and he was put at the centre of many activities when Sweden and Finland celebrated the 250th anniversary of the world’s first freedom of print act in 2016. A biography and English translation of his Thoughts on Civil Liberty can be accessed at Litteraturbanken. Updates are posted regularly on peterforsskal.info.

Jonas Nordin has a PhD in history and is associate professor at Stockholm University. He is working at the Kungliga biblioteket/The National Library of Sweden. He specializes in early-modern cultural and political history and has published extensively on the seventeenth and eighteenth centuries.