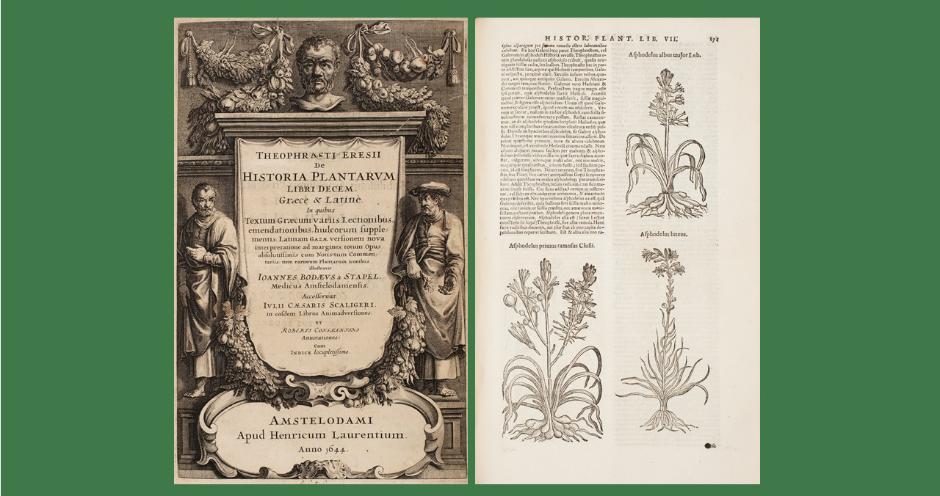 The father of botany - Linnaeus´ favourite.
The most important and influential edition of Theophrastus' seminal work, Historia Plantarum – the first systematization of the botanical world and the most important contribution to botanical science up until the Renaissance. Bodaeus von Stapel's groundbreaking edition constitutes the first illustrated edition of Theophrastus' masterpiece as well as the first with both Greek and Latin text. Furthermore, von Stapel has not only collected all relevant commentaries and knowledge, he has also added corrections and much foundational information, turning the work into one of the most influential botanical works of the 17th century, profoundly influencing the likes of Linnaeus and contributing significant to the development of modern scientific botany.

This, the first illustrated edition of Theophrastus' masterpiece, containing over 625 woodcuts of plants, became the standard edition of that earliest work on systematic botany and the edition that all serious scientific botanists of the 17th and 18th centuries studied.