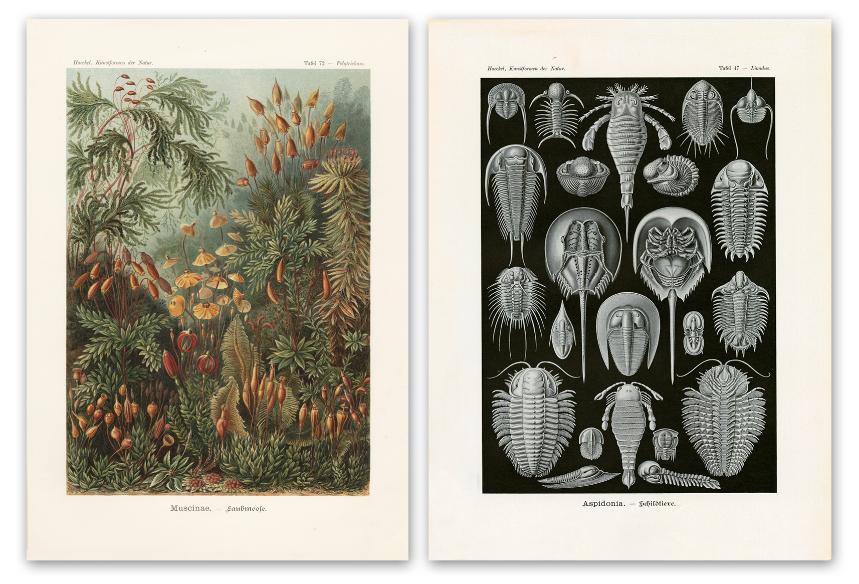 Life Itself; Ernst Haeckel (et al.) at the Moderna Museet until 8th of May!

Moderna Museet are at present showing an exhibition called Life Itself (Livet självt) which tackles the not so small issue of the meaning of life itself, as it were, … Or rather how different artists have tried to approach this question since the earliest years of the 20th century. It is not my place to judge how well the various well-known and not-so-well-known creative “expressionists” have succeeded. However, one of the exhibits, a plate from Ernst Haeckel’s Kunstformen der Natur (Art Forms in Nature), is on loan from the Hagströmer Library. Ernst Haeckel (1834-1919) was one of the most prominent scientific and scholarly personalities in the 19th century and well into the 20th and he made contributions to several disciplines; zoology, comparative anatomy, embryology, philosophy etc, etc. Some of his views and conclusions are quite obsolete today as for example his work concerning human races. Kunstformen der Natur (Leipzig & Wien, Bibliographisches Institut, 1899–1904) consists of 100 colour and black-and-white plates and the imagery is striking. Every plate has depictions of several organisms and the symmetry of the arrangements is immediately obvious. It has been said that this reflects Haeckel’s world view.

Further images from the work and additional information can be found if you enter “Haeckel” in the search field of Bibliotheca Systema Naturae.