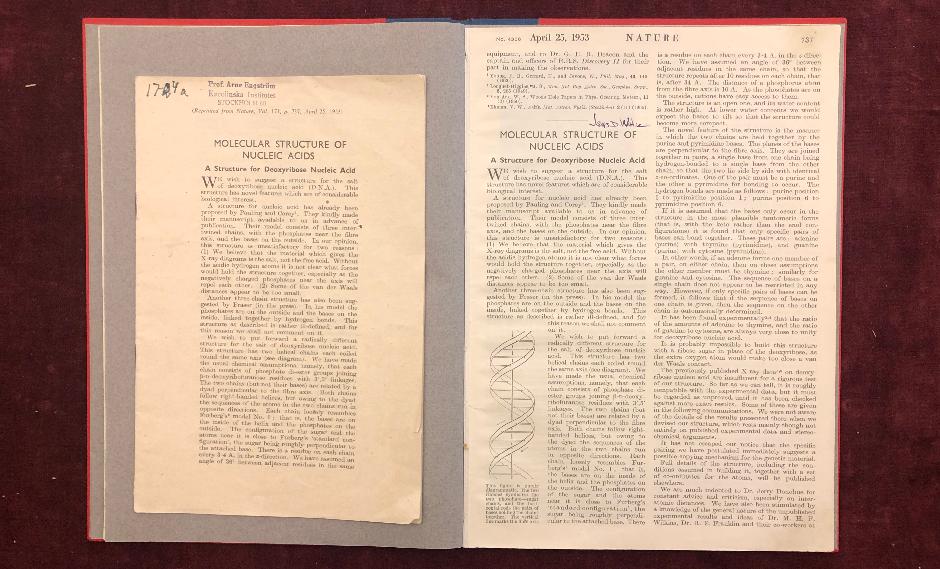 In 1962 Watson, Crick, and Wilkins were jointly awarded the Nobel Prize in Physiology or Medicine "for their discoveries concerning the molecular structure of the nucleid acids". Their paper regarding the identification of the double helix structure of DNA, and the copying mechanism of genetic material was published in "Nature" 1953. The Hagströmer Library has both the rare offprint of their article, previously owned by Professor Arne Engström who held the speech when they received the Nobel Prize, and an extract of the paper from "Nature" which Ove Hagelin asked Watson to sign when they met in 2001 when all still alive Nobel Prize winners in Medicine were invited to Karolinska Institutet at the 100-year-anniversary of the Nobel Prize.